Renishaw has signed the Ministry of Defence's Corporate Covenant as a pledge to the company's continued support for the Armed Forces Community. 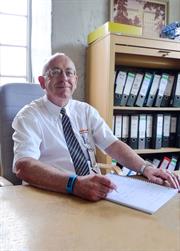 Renishaw has signed the Ministry of Defence's Corporate Covenant as a pledge to the company's continued support for the Armed Forces Community.

The Covenant is signed by businesses and charitable organisations to support members of the Armed Forces in a workplace environment. Its key points include ensuring no member of the Armed Forces should face disadvantages compared with any other citizen, and that in some circumstances special treatment may be appropriate.

Each organisation which signs the Covenant is encouraged to give employment support to veterans, reservists, service spouses and partners, as well as promoting cadets, Armed Forces Day, and discounts for the Armed Forces where appropriate.

The covenant was only launched in 2013, but it is gaining momentum and support across the country, with the most recent round of signatures from the Gloucestershire region pushing the number of businesses and charities involved to 200.

Group Human Resources Manager at Renishaw, Peter Bowler, who is also a Special Advisor to Wessex Reserve Forces, said, “Renishaw has always had a very positive and supportive attitude to organisations that support society and in particular the Armed Forces Community. We have employees who are reservists and we welcome the opportunity to show our commitment by signing the Ministry of Defence's Corporate Covenant and supporting its key objectives”.